Bosses are powerful and unique computer-controlled adversaries in Destiny, which are often encountered at the climax of an instance or featured as an integral part of a Public Event, and tend to be the main antagonist of such events. Bosses are identified by their unique names, such as Rixis, The Archon Slayer, and a skull icon instead of a numerical level. Bosses characteristically have very high health and strike with high damage, requiring a group of players to take them down. Upon death, bosses may drop rare and exotic loot, such as weapons or armor. 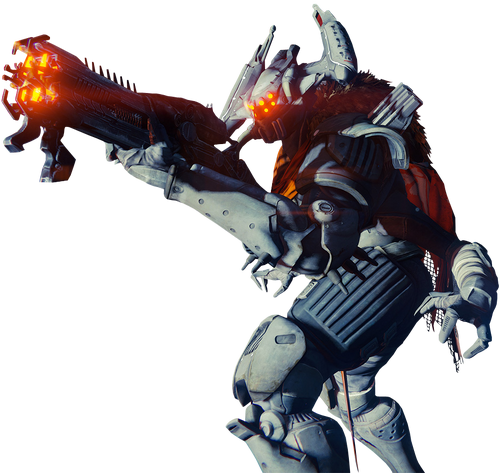